Skip to content
Home
Despite Reduction in Cases, Millions of Workplace Injuries Occur Every Year

Despite Reduction in Cases, Millions of Workplace Injuries Occur Every Year 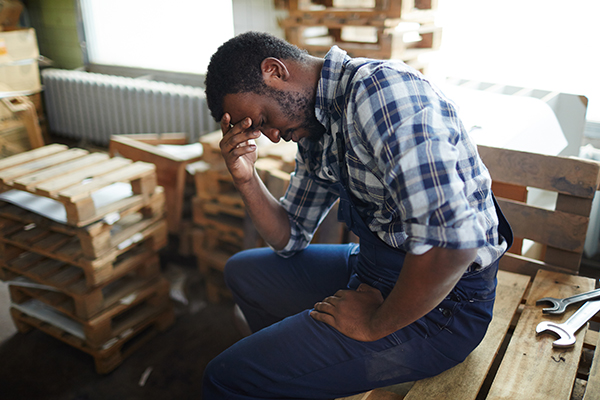 Although 2016 saw almost 48,500 fewer nonfatal workplace injury and illness cases than 2015, according to the Occupational Safety and Health Administration (OSHA) and the U.S. Bureau of Labor Statistics, there were still approximately 2.9 million nonfatal injuries and illnesses reported by private industry employers throughout the year. This occurred at a rate of 2.9 cases per 100 full-time workers. Nursing and residential care facilities (state government) saw the most cases of nonfatal occupational injury and illness incidences with 13.7 workers out of 100 full-time workers affected. Rounding out the top five industries were veterinary services (private industry; 12.3 workers), truss manufacturing (private industry; 10.2 workers), police protection (local government; 10.2), and fire protection (local government; 9.5 workers). Watch out for some of the following types of common workplace injuries:

Your job can be difficult enough, but when you are injured on the job by a toxic substance, it can have a drastic effect on your life and your future. There are two types of toxic injuries: acute and latent. An acute industry, such as a toxic burn, is one in which your injury occurs shortly after the incident, whereas a latent injury, such as mesothelioma or cancer, comes about years later.

Currently under fire for numerous safety violations and concerns, Tesla is no stranger to the workplace injuries of its employees. In the past, workers of the $50 billion company have allegedly been sliced and crushed by machinery, burned in electrical explosions, and sprayed with molten metal. However, last April, worker, Tarik Logan, began suffering debilitating headaches and searing pain from the fumes of toxic glue he used at the plant. Logan and a former co-worker claim to have gone through over 100 tubes a day without adequate ventilation or protection. Lawsuits are currently ongoing.

Egregious or Negligent Conduct by an Employer

A fiery explosion occurred at the world’s largest ethylene vinyl alcohol plant in Pasadena injuring 21 people. The attorneys for a badly burned worker filed a $1 million lawsuit against Kuraray American Eval alleging gross negligence, failure to read safety policies and neglecting to create safety guidelines. A faulty safety release valve on an insulation tower sparked the explosion, which occurred just after 10 a.m. The valve’s failure caused an over-pressurization in the piping, sending a fireball into the sky.

Sometimes the cause of an injury may be a defective product. A machine or piece of equipment may be designed or manufactured incorrectly, putting the user at risk.

After a weeklong trial, a jury awarded former conductor, James T. Mitchell more than $5 million for injuries he accrued on two separate occasions while working for the BNSF Railway Co. On August 27, 2015, Mitchell fell onto his back and injured himself after the rail car ladder he was climbing down broke. It turned out that a derailment on a neighboring track had damaged the handrail earlier on in the day, leading to the accident.

If you are finding difficulty with keeping up with your expenses while also waiting for a legal settlement or judgment related to a workplace injury, USClaims can help provide the financial support you need.