USClaims can help pay medical expenses related to bus crash injuries as well as regular monthly expenses if unable to work in anticipation of a court judgment or settlement. Following a Mississippi bus crash on November 14th, 2018 which injured dozens and killed two, multiple lawsuits have been filed. The bus was a tour bus, taking people from Huntsville, Alabama to Tunica, Mississippi to a casino in Mississippi. There were forty-six people on the bus at the time of the accident, which occurred on I-269 when the bus flipped over on an overpass. The road conditions were icy, and it is believed the driver hit a patch of ice before the bus flipped.

Witnesses reported seeing the bus driver lose control of the vehicle, however an investigation into the exact cause of the accident is ongoing as investigators attempt to determine whether speed was a factor in the casino bus accident.  Each lawsuit alleges a driver who was incapable of operating the bus was hired by the operator, which would place the liability for the Mississippi bus crash squarely on the shoulders of the tour bus operator.

Cynthia Hardin, 61 and Betty Russell, 70 were killed in the bus crash, while dozens of injured survivors were taken to local hospitals where they were treated for broken limbs, cuts, scrapes, bruises, broken ribs and concussions. Three of the survivors sustained critical injuries, with two being taken to Regional One Health Trauma Center in Memphis, Tennessee. The bus trip is one which occurs on a monthly basis.

One person on the bus that day, Veronica Love, said the bus swerved, spun around two times, hit the guardrails, then flipped over. Love has no memory of what happened next until she was being rescued from the wreckage, with injuries to her left shoulder.  About 20 minutes prior to the casino bus accident, a weather advisory was issued by the DeSoto County Sheriff’s Department, however it is unknown whether the bus driver received that warning.

Teague VIP Express is the company which operates the commercial bus involved in the casino bus accident. The lawsuits allege that not only was the bus driver unskilled, but that Teague has a history of maintenance issues—in 2017, Teague VIP Express was cited for 15 violations, although none of those violations were considered critical. The violations included turn signal issues, a broken wheel rim, an oil leak, and a failure to maintain driver records. Because the trip was a joint venture between the casino and the bus company, two of the lawsuits filed following the Mississippi Bus Crash also named the Fitz Casino in Tunica where the bus was heading.

How Safe are Buses?

Although buses are considered a fairly safe mode of travel, it seems as though we hear of bus collisions more and more often. Life is made much simpler for hundreds of thousands of people by commuter buses, school buses, city buses and charter buses. According to the DOT, buses and trucks made up nearly 12 percent of fatal crashes in the United States in 2015. Of the nonfatal vehicle crashes during the same year, only about 4 percent involved a bus or large truck.

Clients injured as a result of a bus crash could find themselves facing significant medical expenses and may have pain and suffering damages as well. These victims could even be unable to return to work due to the severity of their injuries, resulting from the negligence of a bus driver, the bus company, or even other liable parties. At USClaims, we offer pre-settlement funding, if a case is qualified for pre-settlement funding then we would purchase a portion of the proceeds of the anticipated court judgment or settlement for some cash now. USClaims only gets paid if a case is won or has reached a settlement! Apply now or call us today at 1-877-USCLAIMS to learn more. 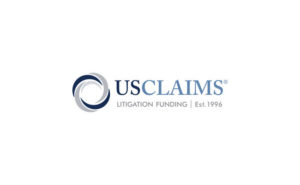